A group of art students took a trip to the Brandywine Riverfront Art Museum to view art pieces in person on April 7th. The museum is mainly a collection of art by the Wyeth family. Many of the pieces by are a credit to Andrew Wyeth but many are from his father as well, N. C. Wyeth. Other women and the men in their family are also artists and some works from various members of their family are pictured in this museum. A lot of the works featured are places in the Chadds Ford area. 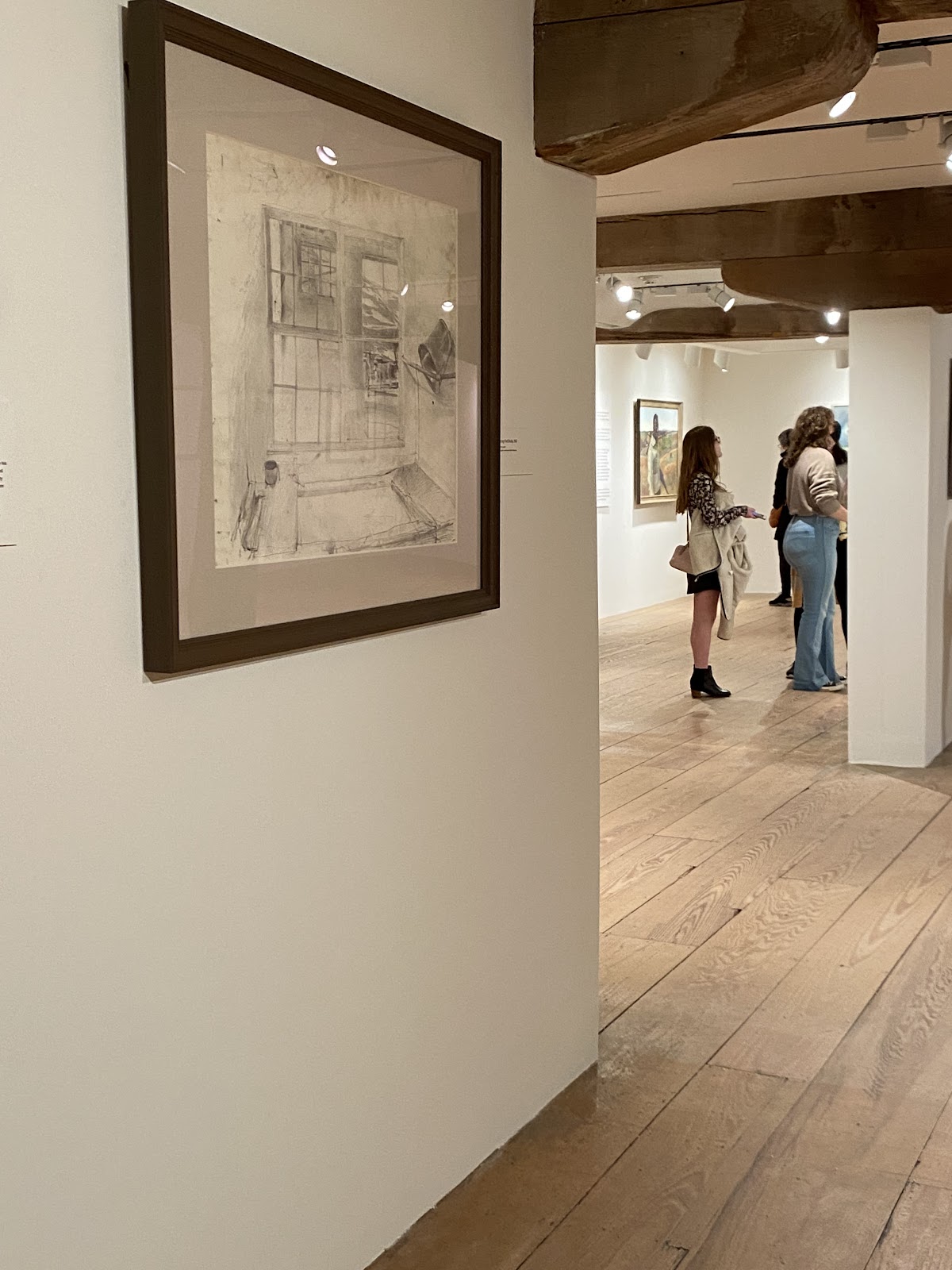 Pictured above is a sketch that was done in planning the piece Spring Fed, 1979 the medium is pencil. A medium is the material which the piece is made from. 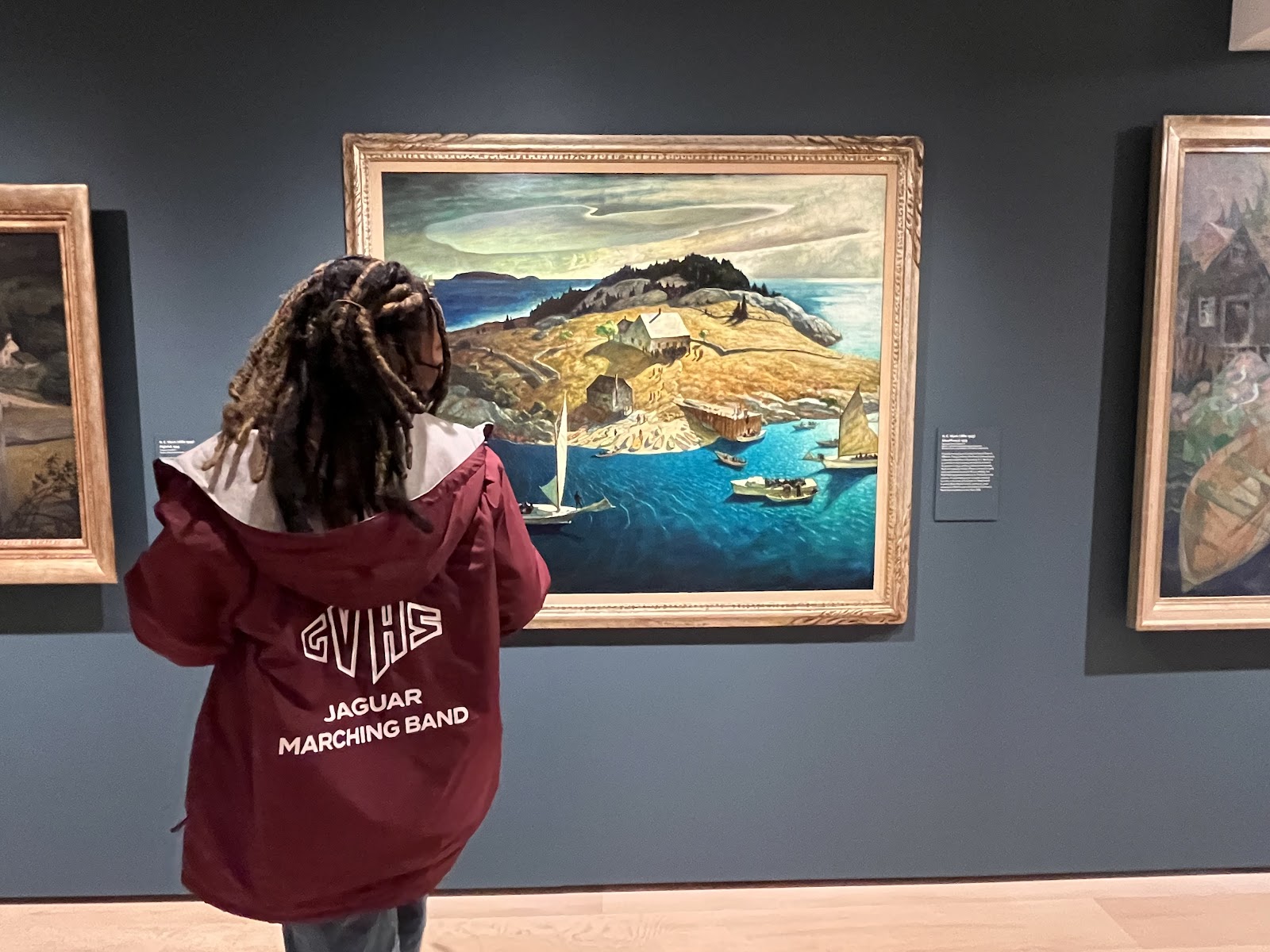 Pictured above is Island Funeral 1939; done by N. C. Wyeth. This painting was made with egg yoke, the medium of egg tempera is made with three ingredients: egg yoke, water, and pigments that you would desire. Some could use turmeric, chalk or paprika. 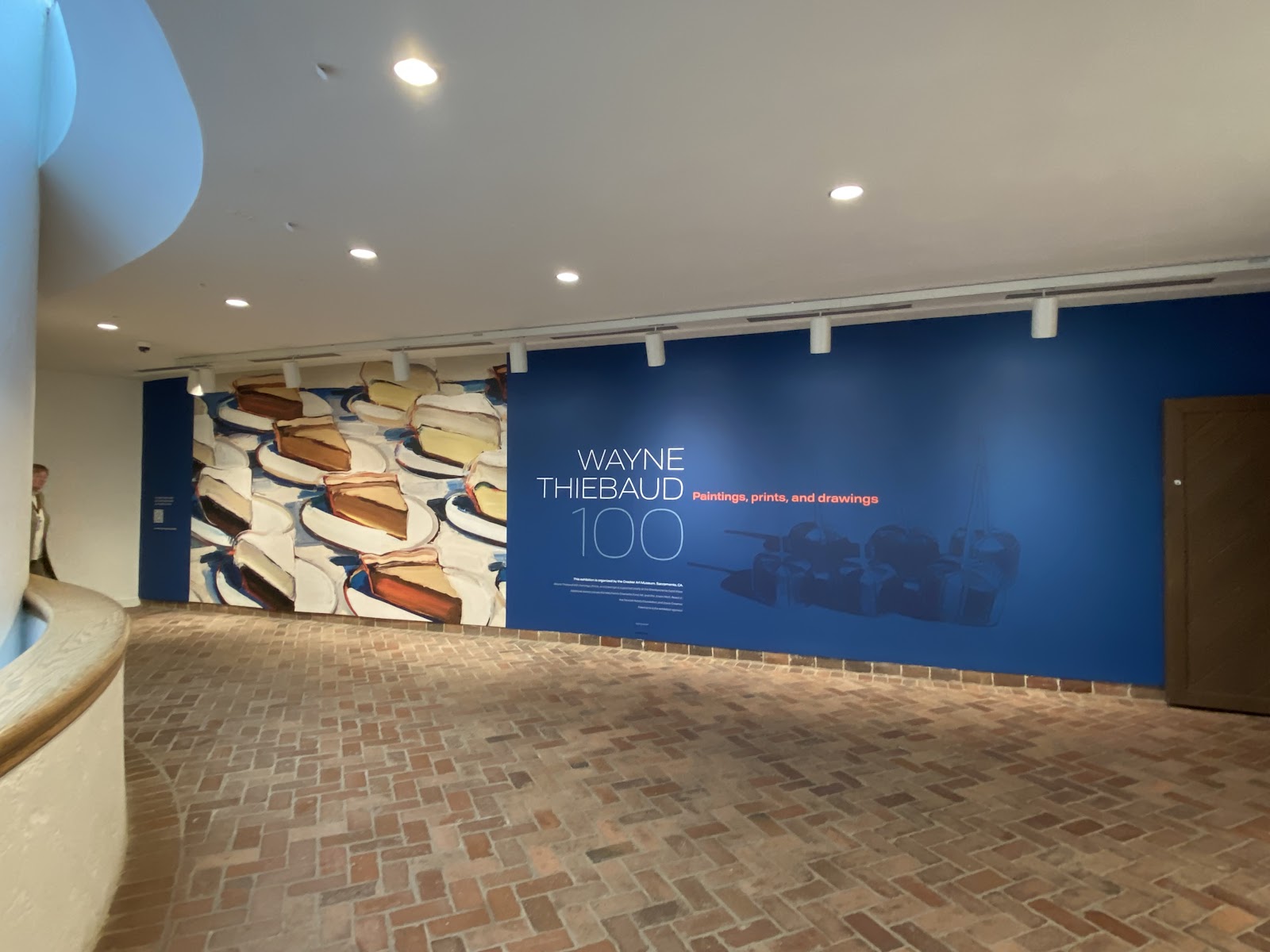 When we visited, there was an exhibition from Wayne Thiebaud. We were lucky to be able to see this while we visited. It is only there until April 10th and has been there since February 6th. Theibaud was a pop artist and only died very recently December 25, 2021 so much of his art is contemporary. He has done some commercial art and is well known for his paintings of pies, cakes, and other sweet treats. He mainly uses oil paint and one thing that you would be able to recognize him by is his thick paint strokes giving his art a lot of texture. 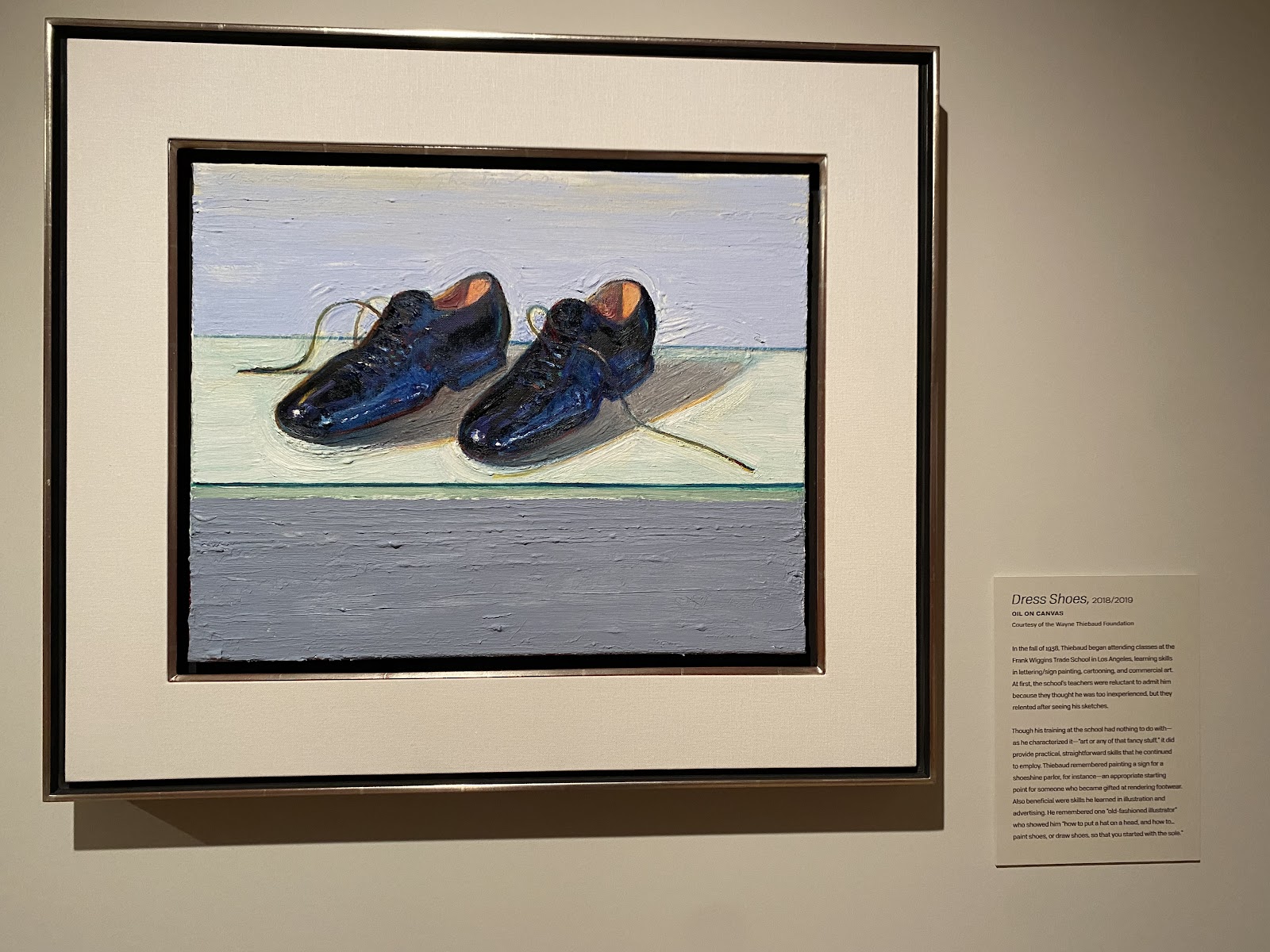 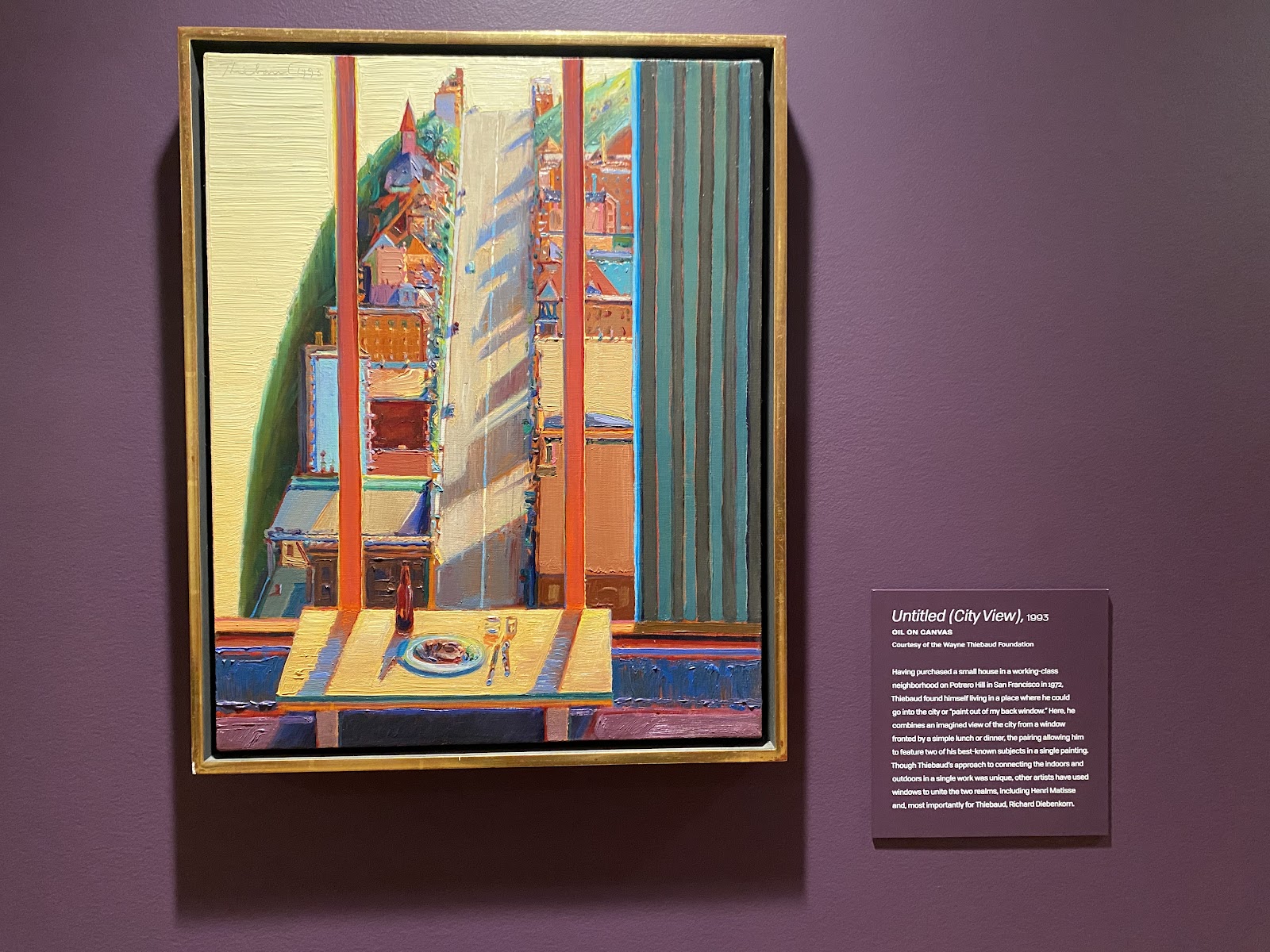 Untitled (City View) 1993 and Dress Shoes 2018/2019 are both by Wayne Theibaud they two pieces contrast his life because the fist is from when he was living in San Francisco and he was able to paint carefree and out his window and the second was when he was in and art school and they thought he as an amature. His art did not have to do with “fancy stuff” he was admitted into the school but it was only after seeing some of his sketches.

A lot of the art students that I know walked away with a greater appreciation of art after the trip. The individuals seen in the images above are real Garnet Valley Art students and many are clearly enjoying their time, so go to the museum if you are looking for a fun afternoon!