By: Charlie Memmo-DeCesare and Jude York

For those who may not know about bocce ball, similar to other sports, the goal of bocce ball is to score more points than your opponent. To score points you must roll the bocce ball closer to the white ball, the pallino, then the opposition. Each team is given four bocce balls. You may hit the pallino with your ball to reposition it or hit the other team’s ball to knock them away from the pallino. If a bocce ball hits the perimeter of the court it is a dead ball and will not count. At the end of the round whichever team’s ball ended up closest can score points. You receive a point for each ball that is closer than the opponents’ closest ball. The winning team will roll the pallino to start a new round. Once a team reaches twelve points it is declared the winner. 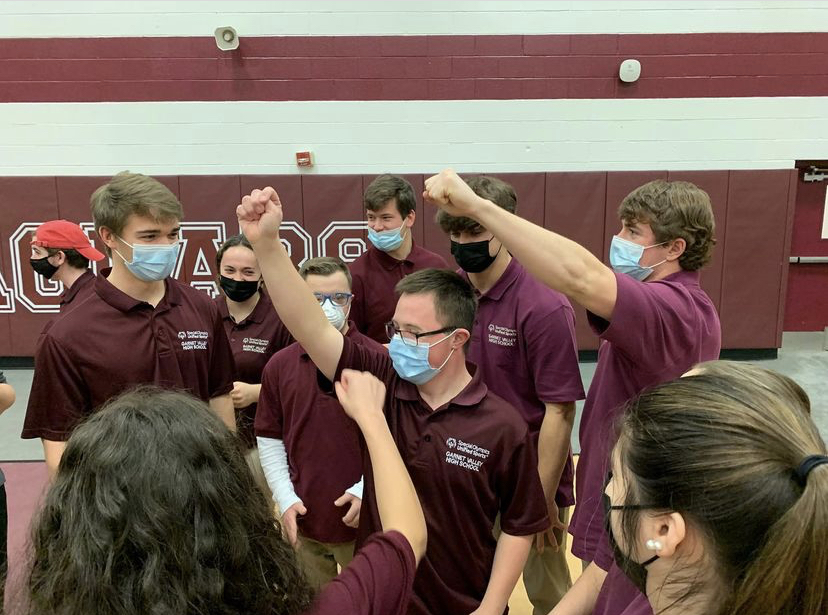 This season for Garnet Valley’s bocce ball team is one to remember. The team finished the regular season with a remarkable undefeated record of 4-0. On February 10th, Garnet Valley defeated Penncrest to claim the division title, an incredible way to cap off an amazing season. When asked how the team prepared for the match coach Wozniak said, “we practiced bank shots.” Wozniak stated that some of her most memorable moments consisted of the “two overtime wins first against Sun Valley and then Chester”. She also enjoyed “Just watching the kids grow together.” Very fitting for a team that fixates itself around unification. Ultimately, this is a season that Wozniak and the Bocce Jags should be incredibly proud of. The things that they have accomplished this season are nothing short of remarkable.